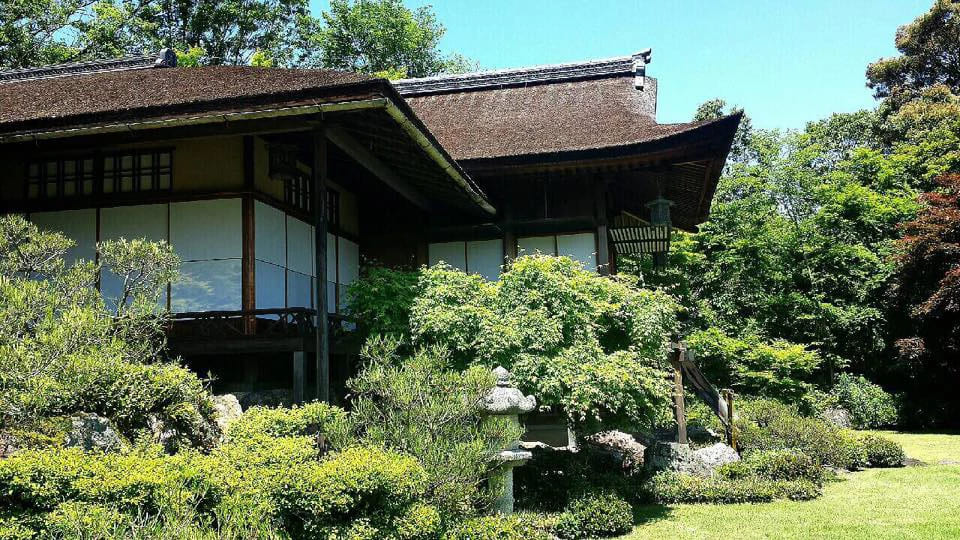 This time, I’d like to write about Noh Shozoku (能装束), the attire for Noh (能, a form of classical Japanese musical drama) play.

In the era of Kan ami (観阿弥, the frontier of Noh play in the Muromachi period) and his son Ze ami (世阿弥), simple daily clothes were used for the play and there was nothing gorgeous about it. However, as time goes by, Noh Shozoku became gradually deluxe and showy, and has reached the level of Japanese traditional art craft today.

In the old times, Noh was regarded as a must knowledge and skill for Samurai (侍) soldiers. It is said that many Daimyo (大名, feudal lords) spent a lot of money to collect many luxurious Noh Shozoku, in order to prove their loyalty to the Tokugawa shogunate (徳川幕府) that they do not save their assets for Muhon (謀反, a rebellion).

In the Noh play, each actor’s attire indicates the charactors of actor’s role, such as male, female, saint, ogress, elderly person, Samurai (侍), and Ryujin (竜神, a dragon god). In addition, Noh actors put on masks called Noh men (能面) to express the roles other than human, such as ghosts or evil splits.

Even among Japanese, many of us have no experience of viewing Noh play, and often hesitate to try. However, if you are a kimono lover, you’ll find Noh paly so entransing just because of the beauty of Noh Shozoku. In fact, Noh shozoku is referred to as a great compilation of Japanese Monyo (文様, traditional patterns) since there are so many kinds of Monyo woven or dyed on Noh Shozoku fabrics.

Whouldn’t you like to try viewing Noh play and watch the various kinds of Noh attire?

Click here to see the Blog by a Former Maiko, “Do You Know?”